“Older men declare war, but it is youth that must fight and die.”

Monday is Memorial Day and I can’t help but think about my deceased father and his service to his country.  Like most men his age, my father spent his late teens and early twenties in some branch of the armed services. Some were drafted, but many were like my father and enlisted shortly after the Japanese bombed Pearl Harbor. 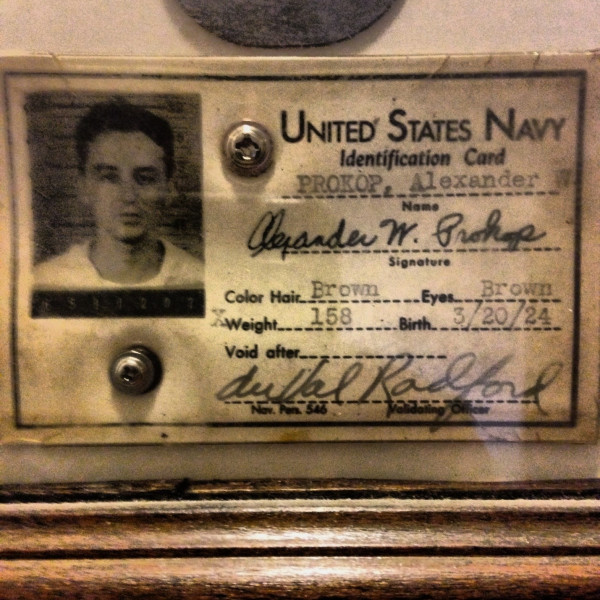 Despite growing up in landlocked Pennsylvania, my father chose the United States Navy. The best answer I ever got from him as to why was, “In the Navy, you have a dry bed to sleep in at night.”

Even with that dry bed, the war years were not easy for my father. From 1942 to 1945, Dad was assigned to the U.S.S. Dallas – a Clemson class, retrofitted World War I destroyer. The Dallas spent much of its time either patrolling the northeastern coast of the United States or escorting convoys across the Atlantic. His ship sank at least five u-boats and was under attack several times by the German Luftwaffe and the Italian air force.

I recently became aware that the Dallas War Diary had been photographed and made available online. While many entries are little more than “Changed course,” there are quite a few that speak of the dangers the sailors faced.  One of the most exciting entries comes from 1943.  It details how while chasing a submarine, the Dallas came under fire from a small squadron of Savoia-Marchetti 79 Italian bombers.  Although they were able to repel the planes, they lost contact with the submarine.

Dad and his shipmates were awarded a Presidential Citation for a particularly brave and difficult mission up the Sebou River in North Africa.  Thanks to some clever Internet searches I was able to find a photograph of the Dallas shortly after the battle.  I get all choked up thinking that my 18-year-old father is somewhere on that ship. 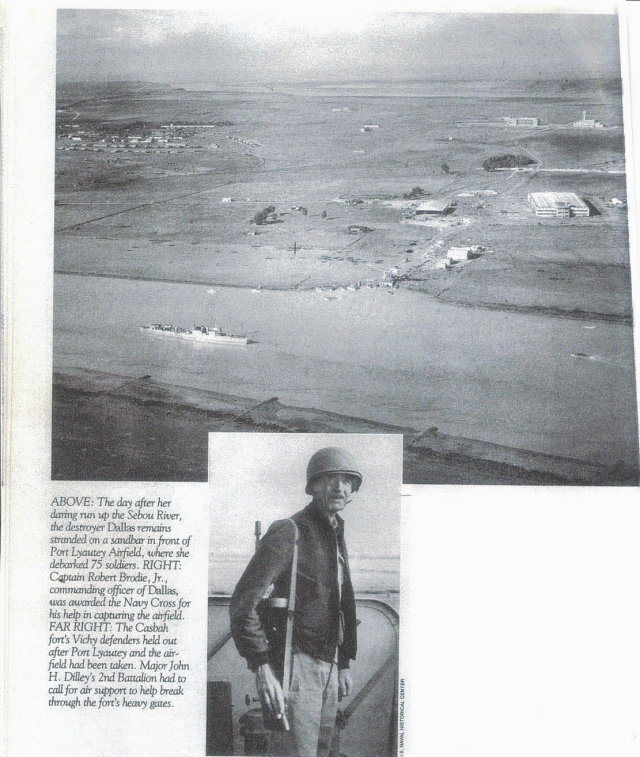 These photos show President Roosevelt awarding the Presidential Citation and it later being presented to the ship.  Dad remembered standing with the sailors on the left side. 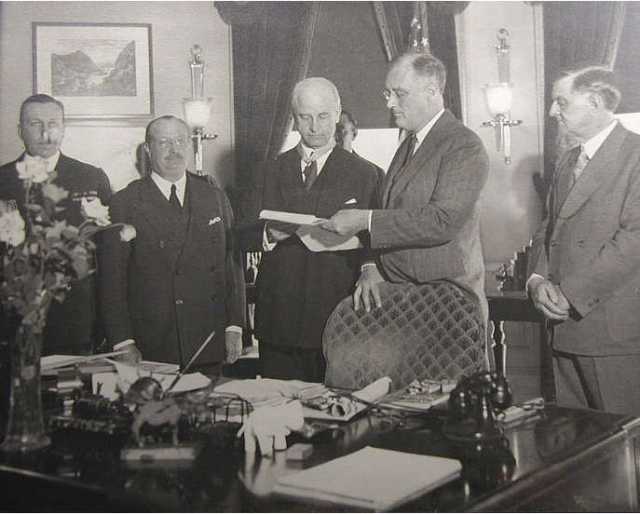 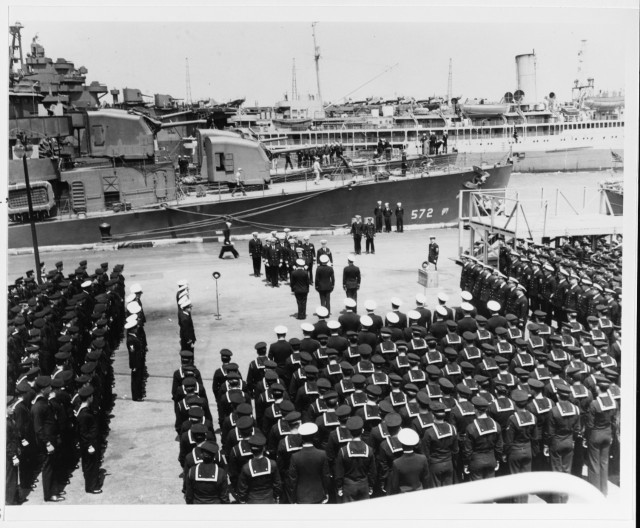 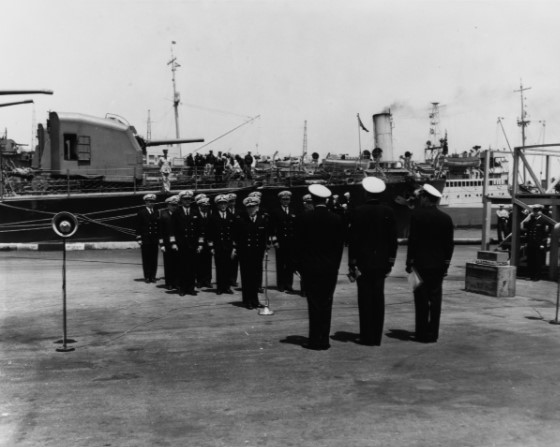 As I recently wrote in my The Dragon is Me article, Dad was a complicated and troubled man.  I’m no psychologist, but I can’t help but question what the war years did to him.  He was hardly more than a boy when he shipped out.  I think about who I was at 18, 19, and 20 and wonder how I would have handled asking myself, “Is this the day I die?”  Thankfully, he didn’t die, but like so many young men who went off to war, Dad came home scarred.  He was always proud to say that he was a navy man, but he rarely ever talked about what he did.  I am told that isn’t uncommon.

I am a firm believer that aggression is rarely warranted.  However, there are times when we need to fight.  Stopping Nazi Germany and its allies by force was the right decision and I am proud of the part my father played.  It wasn’t something he would have normally chosen, but like millions of other brave men and women, he did so anyway.

I will spend the rest of my life attempting to understand my father.  Articles such as this one offer some degree of cathartic help, but my biggest and most important questions remain unanswered.  Perhaps there are no answers and I need to be willing to accept that.

← The Dragon is Me
Beating SIP Hackers at Their Own Game →